What is Michael Phelps' net worth and salary?

Michael Phelps is a retired American Olympic swimmer and corporate endorser who has a net worth of $100 million dollars. Michael Phelps is the most decorated Olympic athlete in history and holds a total of 28 Olympic Medals (23 of them gold) He is considered by many to be the greatest swimmer of all time.

Michael Fred Phelps II was born June 30, 1985 in Baltimore Maryland. He's the youngest of three children born to Deborah, a middle school principal, and Michael Fred Phelps, a retired state trooper. His parents divorced when he was nine, and his father remarried in 2000. Phelps has described the siblings' relationship with their father as strained after the divorce. He attended Towson High School just north of Baltimore and graduated in 2003.

Michael began swimming with the guidance of a coach at the age of 7 and adults quickly recognized his talent. He tried out for – and made – the U.S. Summer Olympic Team in 2000 when he was only 15 years old. At the Games in Sydney, Phelps didn't medal but he made the finals and finished fifth in the 200-meter butterfly.

In the spring of 2001, Phelps became the youngest male swimmer in history to ever set a world record, doing so in the 200-meter butterfly. At the 2001 World Championships, he broke his own record and won his first international medal. Just after graduating high school, Phelps set five new world records. Phelps attended the University of Michigan in Ann Arbor, following his longtime coach Bob Bowman, and studied sports management and marketing. All the while, he was continuing to crush world records each year at Pan Pacific Championships and World Championships.

In his next two Olympics games, Phelps won 17 medals including six gold and two silver at Athens and eight gold in Beijing. Phelps broke the record set by Mark Spitz for most Gold Medals won in a single Olympics competition when he won a remarkable 8 Gold Medals (Spitz had won seven) at the 2008 Beijing Olympics. In 2009, he broke the world record in the 100-meter butterfly with an astonishing speed of 5.5 miles per hour. At the London Olympic Games in 2012, he took home four gold medals and two silver medals. After the London Games, Phelps teased a retirement, however, he went on to compete in 2014 at the Mesa Grand Prix while the world speculated whether or not he'd compete at the next Olympics. He fully came out of retirement to compete at the 2016 Rio games and became the first American male swimmer to earn a spot on five Olympic teams. He took home 5 gold medals and one silver medal that year.

Although there was speculation that Phelps would return for the 2020 Olympic games, he announced his retirement on August 12, 2016. To date, he has set the record for most medal wins by any Olympic athlete. He has set 39 world records, the most of all time.

Thanks to his success, Michael has enjoyed one of the most lucrative post-Olympics careers in American history. He has dozens of sponsors and frequently appears in commercials and worldwide ads. His sponsorships with popular brands like Under Armour, Visa, Speedo, Wheaties, and others have contributed to his net worth over the years. 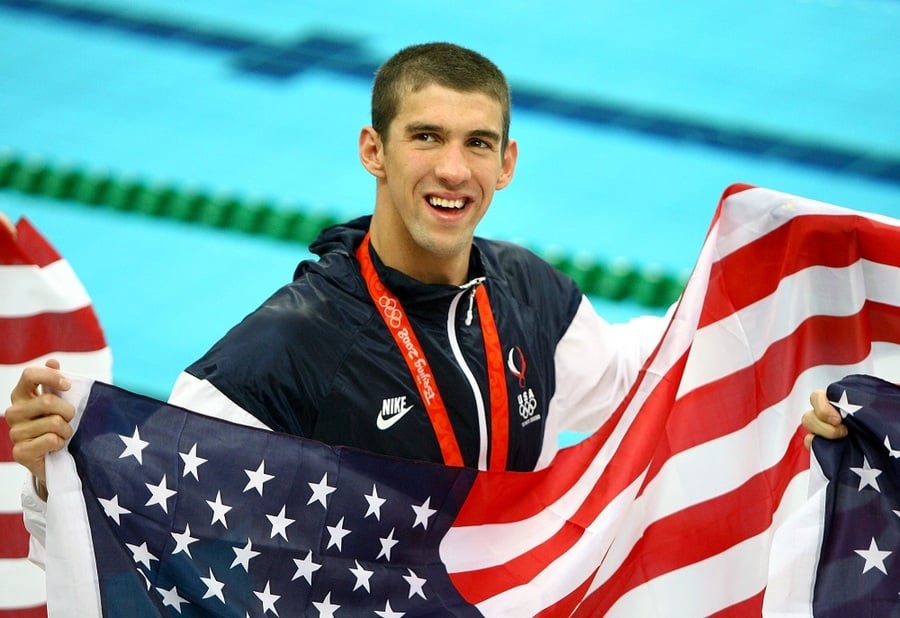 Over the decades he has been in the spotlight, Michael has consistently maintained an extremely healthy endorsement portfolio. Even after retiring he continues to enjoy lucrative contracts with companies such as:

In addition to being one of the main pitch people, Michael is also an equity investor in the mental health startup Talkspace. At various times Talkspace has been valued at $1 to $3 billion

Phelps has been described as independent, solitary, and focused. He had a reputation during each Olympics of not being a "joiner" and would often prefer solitude versus participate in social group activities. The 2016 Olympic Opening Ceremony, his last Olympics, was the first one he ever walked in. His former coach has described him as "unbelievably kind-hearted" when it comes to interacting with fans and young children who look up to him for inspiration.

Michael married Nicole Johnson, former Miss California USA, on June 13, 2016. Their wedding was a secret and the marriage was not reported to the public until four months later. They have three sons: Boomer Robert Phelps (b. 2016), Beckett Richard Phelps (b. 2018), and Maverick Nicolas Phelps (b. 2019). They reside in Paradise Valley, Arizona. Phelps now volunteers as an assistant coach for the Arizona State Sun Devils, along with his former coach Bowman.

Phelps has revealed that he struggles with depression and ADHD and once contemplated suicide after competing at the 2012 Olympics. He has been outspoken about his issues and an advocate for people seeking help with their mental health when they need it. In 2017 he joined the board of Medibio, which focuses on the diagnosis of mental health disorders.

After the 2008 Olympics, Phelps set up the Michael Phelps Foundation using $1 million of his Speedo signing bonus. The foundation focuses on promoting healthier lifestyles. He co-founded Swim with the Stars, a nonprofit that holds camps for swimmers of all ages.

Phelps was arrested in November 2004 for driving under the influence of alcohol in Salisbury, Maryland. He pleaded guilty and was fined $250, sentenced to probation, and ordered to speak to high school students about drunk driving. In 2009, he lost a sponsorship deal with Kellog due to a photograph that circled of him using a bong. He was arrested again in 2014 for DUI and speeding. Michael was suspended from all competitions for six months, and as a result of him being off the team, the U.S. failed to qualify for the finals at the 2015 World Aquatics Championships that year. 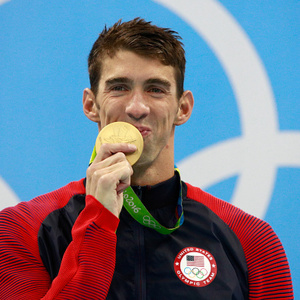