Michael Johnson Net Worth: Michael Johnson is a retired American sprinter who has a net worth of $12 million. Over the course of Johnson's career, he won four Olympic gold medals and eight World Championships gold medals. He once held the world and Olympic records for the 200 meters and 400-meter events, as well as the world record for 300 meters.

Because of his versatility and consistency, Michael is generally considered one of the best sprinters in the history of track and field. He is the only male athlete to have won both the 200-meter and the 400-meter event at the same Olympics. He is also the only male athlete to successfully defend his title at the 400-meter event. Along with Carl Lewis, he holds the most Olympic gold medals won by any runner.

Johnson is also seen as something of an anomaly in the running world due to his unconventional sprinting technique. He took relatively short steps and ran with a rigid upright position and achieved great success. This is despite most runners being trained to lift their knees as high as possible to achieve maximum velocity.

Career: Johnson first appeared at the World Championships in Tokyo during 1991. He won his first world title by winning the 200-meter race, beating Frankie Fredericks. His next mission was to attend the 1992 Summer Olympics, but he encountered an issue beforehand. Both he and his agent contracted food poisoning in Spain, resulting in significant weight and strength loss for Michael. This affected his performance at the Olympics. Although he was considered a favorite to win the 200-meter event, he placed sixth in the semifinal heat and failed to reach the final. However, he raced with the 4 x 400-meter relay team and earned a gold medal. 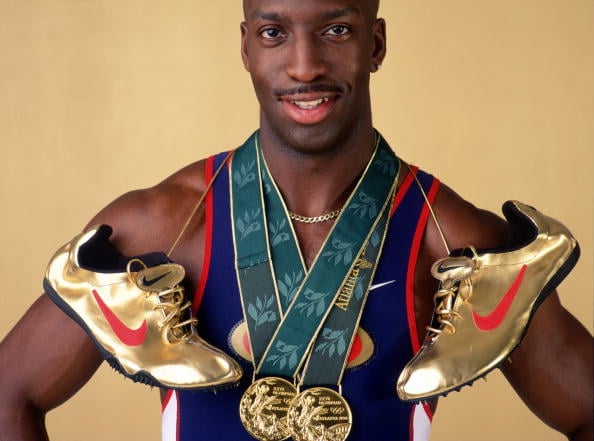 By this time, the next Olympics had rolled back around. This was the 1996 Atlanta Olympics, and Michael was intent on showing his true potential in front of a home crowd. As a 28-year-old, he ran the 200-meter event in 19.66 seconds at the Olympic Trials, breaking a record that had stood for almost 17 years. Qualifying for the Summer Olympics, he set a goal of winning both the 200-meter and the 400-meter events that year. First, he captured the 400-meter Olympic title with a record time of 43.49 seconds. Next, he broke another record to win the 200-meter final. During this final event, Johnson strained a muscle in his leg, preventing him from participating in the 4 x 400-meter event. These accomplishments were enough to win him the James E. Sullivan Award.

Because of his accomplishments, Michael was also offered a number of brand endorsement deals. Nike formed a partnership with the fastest man in the world, and Johnson was featured in a number of television commercials. Over the next few years, Michael continued to struggle with various injury problems, but he continued to pick up titles nonetheless. In 1997, he won the 400-meter event at the World Championships. Injury problems surfaced once again in 1999, although he still managed to win another 400-meter title. This time, he set a new world-record time that went unbeaten until 2016.

Michael continued to struggle with injuries in 2000, when he suffered an injury during qualifying for the Olympics. However, he still managed to win the gold medal at the 400-meter event. At 33 years of age, he was the oldest Olympic gold medalist at any track event shorter than 5,000 meters.

Controversy: Johnson had to return his gold medal for the 4 x 400-meter relay at the 2000 Summer Olympics because many of his teammates were disqualified. This included Antonio Pettigrew, who admitted to using performance-enhancing drugs and later committed suicide.

Medical Issues: In 2018, Michael suffered a stroke, but later reported that he was back to normal.

Real Estate: In 2017, it was reported that Johnson had listed his home in San Rafael, California, for $3.2 million. The home sits in an affluent neighborhood near a country club on a one-acre lot. It features five bedrooms and 4,500 square feet of living space. Other highlights include 10-foot ceilings, exceptional views of Mount Tam, and a three-car garage. Real estate records show that Michael had been living in this home since 2001.

In 2018, it was reported that Johnson had purchased a home in Malibu for $5.8 million. The waterfront residence features spectacular views of the Pacific ocean, 4,500 square feet of living space, glass walls, four bedrooms, a wet bar, a family room, and a billiards room. Outside, there is an infinity pool and spa.

In 2019, it was reported that Michael had listed another home in Marin County for $1.2 million. The residence lies in Corte Madera, within the San Francisco Bay Area. Built in the 90s, this home features 1,690 square feet of living space, three bedrooms, and hardwood floors. Additional highlights include a remodeled kitchen and a fireplace. Outside, there is a patio and a garden with a creek running through it. 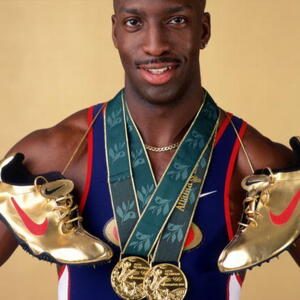