Meryl Davis Net Worth: Meryl Davis is an American figure skater who has a net worth of $2 million dollars. Born Meryl Elizabeth Davis on January 1, 1987 in Royal Oak, Michigan, United States, she started skating at the age of five on a local lake. Initially skating solo, she turned to ice dancing at the age of eight.

By 1998, she was teamed up with Charlie White by her coach Seth Chafetz and they have been performing together ever since. Today, they are the longest lasting dance team in the United States. The ice skating pair also holds several records such as the first American team to win the World Championship title (they´ve won it twice) and the first Americans to win the Olympic gold medal in ice dancing. Together, they participated in several Olympic Games, most recently winning the gold medal in Sochi 2014 in the ice dancing category. They are also the first ice dance team to win the Grand Prix Final four times, as well as they are the current world record holders for the short dance, free dance and total combined score. Even though many believe they are a couple off the ice, they're relationship is strictly professional. Aside from ice skating, Meryl Davis also proved to be an incredible dancer as she won the eighteenth season of Dancing with the Stars with partner Maksim Chmerkovskiy. 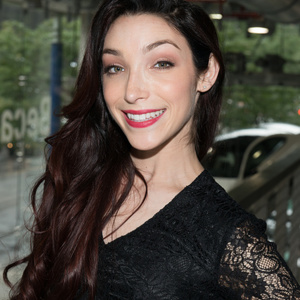