Maya DiRado net worth: Maya DiRado is an American competitive swimmer who has a net worth of $3 million. Maya DiRado was born in San Francisco, California in April 1993. She specializes in the butterfly, freestyle, and individual medley events. DiRado graduated from Maria Carrillo High School and currently attends Stanford University where she swims for the school. She has been competing since she was six years old and announced that she would retire from the sport after the 2016 Rio Olympics. After graduating she plans on working for management consulting firm McKinsey & Company in Atlanta. In the 2016 Olympics she won a Silver Medal in the 400 meter individual medley, losing to Katinka Hosszu who set a world record for the event. 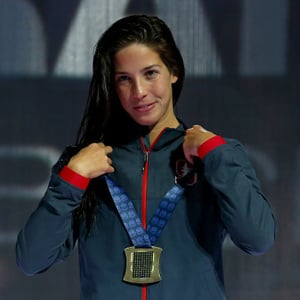