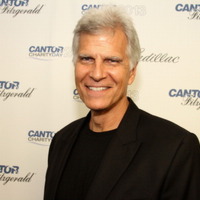 Born in Modesto, California, Mark Spitz spent a portion of his childhood in Hawaii, where he learned to swim. After his family returned to California, he began competing in swimming, and by age 10, he had already set a world record. During his four years of high school at Santa Clara High School, he set records in every stroke in which he could compete, and for all distances. He set another world record in the 400 m freestyle at age 16.

From the mid-60s until the early 70s, he literally dominated swimming. He won four gold medals at the 1965 Maccabiah Games. It was his first international competition and he was just 15 years old. At the Pan American Games in 1967, he won five gold medals, a record that was not surpassed until 2007.

He won two gold medals at the 1968 Olympics, and then five more in 1969 at the Maccabiah Games.