Mark Schultz net worth: Mark Schultz is an American wrestler who has a net worth of $2 million. Schultz is an Olympic champion and two time World champion freestyle wrestler. He is a member of the National Wrestling Hall of Fame, California Wrestling Hall of Fame, and San Jose Sports Hall of Fame. Mark and his brother Dave Schultz both won gold medals in wrestling at the 1984 Olympics. They became the only pair of brothers to win World and Olympic championships. The pair of brothers has won more Olympic, World, U.S. Open, and NCAA wrestling titles than any other combination of American brothers.

Mark Schultz was born in Palo Alto, California in October 1960. Schultz wrestled for Palo Alto High School where he first competed in gymnastics. He attended UCLA and then transferred to the University of Oklahoma. He was named NCAA Outstanding Wrestler and won four NCAA Championships. After retiring from wrestling he wrestled in the UFC but damaged his back. Schultz worked as the wrestling coach for Brigham Young University.

Mark's brother Dave was shot and killed by multimillionaire philanthropist John Eleuthere du Pont in 1996. In 2014 Mark released a memoir titled "Foxcatcher: The True Story of My Brother's Murder, John du Pont's Madness, and the Quest for Olympic Gold." The movie "Foxcatcher" was released the same year. In the film Channing Tatum played Mark Schultz. 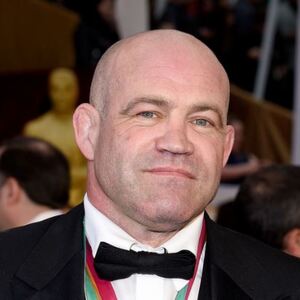