Mark Phillips Net Worth: Mark Phillips is an English horseman and member of the British Royal Family who has a net worth of $3 million. Mark Phillips was born in Tetbury, Gloucestershire, England in September 1948. Phillips was educated at Marlborough College and the Royal Military Academy Southwest. He served as a Second Lieutenant in the Queen's Dragoon Guards and then became Lieutenant.

He was acting Captain and then appointed a Personal Aide-de-Camp for Queen Elizabeth II. He was a reserve member of the British equestrian team at the 1968 Olympics. His team won a world title in 1970 and a European title in 1972 before winning Olympic gold medals in 1972. He won a Silver medal with the British team at the 1988 Olympics. Mark was also a four time champion at the Badminton Horse Trials. Through his equestrian activities he met Princess Anne. The two married in 1973 and has two children. They divorced in 1992 and Mark gained a small settlement. Phillips designed a cross country venue for the Red Hills Horse Trials. He serves as a columnist for Horse & Hound magazine and is Chef d'Equipe for the United States Eventing Team. 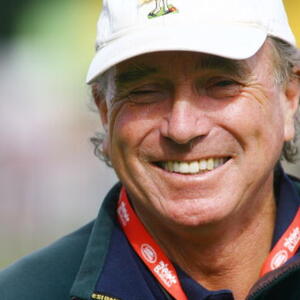