Mark Cavendish net worth: Mark Cavendish is a Manx professional road racing cyclist who has a net worth of $10 million. Mark Cavendish was born in Douglas, Isle of Man on May 21, 1985. He began racing when he was twelve, and received his first mountain bike when he was 13. He worked as a banker to make enough money to support himself as a full-time cyclist; in 2004, he began riding with amateur Team Persil.

In 2005 he joined Team Sparkasse and competed in his first professional races throughout 2005 and 2006. His first full debut season came in 2007, and Cavendish won 11 races during the year, tying the record for a first-year rider. In 2009, Cavendish became the first British racer to wear the Maglio Rosa leader's jersey at the Giro d'Italia. That same year, he also won the 2009 Milan – San Remo race, won of the five monuments of cycling. At the 2011 Tour de France, Cavendish became the first British rider to win the Tour de France points classification. He won the UCI Road Race World Championship the same year. In 2012, Cavendish won the final Champs Elysees stage in the Tour de France for the fourth season in a row-the first rider to ever do that. The 2013 season offered continued success for Cavendish, as he achieved his 100th professional victory and completed his set of Grand Tour points classifications. 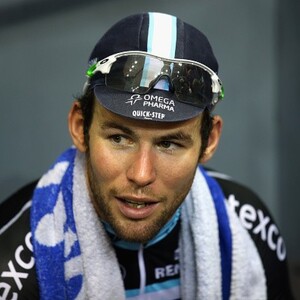