What is Lindsey Vonn's net worth and career earnings?

Lindsey Vonn is an American Olympic skier who has a net worth of $12 million. During her career to date, Lindsey Vonn has won three Olympic medals, including one gold medal.


She was born Lindsey Caroline Kildow on October 18, 1984 in St. Paul, Minnesota to Linda Anne and Alan Lee Kildow. She was on skis by the age of two, taught by her grandfather in Milton, Wisconsin, and then moved into Erich Sailer's famous development skiing program at Burnsville Minnesota's Buck Hill. When Vonn was 9 she met her hero, Olympic gold medalist skier Picabo Street. The meeting left such an impression on Street that she later served as Vonn's skiing mentor after watching the then-15 year old Vonn ski for the first time in 1999. The family moved to Vail, Colorado in the late '90s for Vonn to train full time. She attended high school online at the University of Missouri High School.

Vonn's skiing career hit its first big break at the age of 15 when she became the first American female to take home the first place trophy at Italy's Trofeo Topolino. She climbed the ranks of the U.S. Ski Team and made her World Cup debut at age 16. From there, it was only a matter of time before Olympic stardom was in her grasp. She made her Olympic debut in 2002 at age 17 when she raced in both the slalom and combined competitions in Salt Lake City. In March, 2003, Vonn earned a silver medal in the Junior World Championship at Puy-Saint-Vincent, France. The following year, she climbed onto the World Cup podium for the first time when she finished third in downhill in January 2004 at Cortina d'Ampezzo, Italy. Over the next two months, she captured five more podiums.

At Vonn's second Winter Olympics, held in Italy, in 2006, she clocked the second-best time in the first practice run, yet crashed in the second training run and had to be evacuated by helicopter to Turin, where she was hospitalized overnight. Despite bruising and severe pain, Vonn returned to the slope 2 days later. She competed and finished eighth and won the U.S. Olympic Spirit Award due to her brave performance through pain. At the 2007 World Cup, she finished third for the downhill and super-G competitions. In 2008, Vonn won the overall World Cup title, becoming only the second American woman to do so. She set a new American record for the most World Cup downhill victories with ten in Switzerland on March 8 of that year. She repeated her overall World Cup wins in 2009 and 2010. In 2010, she was named Sportswoman of the Year at the Laureus World Sports Awards. At the Vancouver Winter Olympics in 2010 Vonn planned to compete in all five women's alpine events, however, a severely bruised shin from a training accident held her back. However, Vonn went on to win the gold medal in the downhill, beating longtime rival Julie Mancuso b 0.56 seconds and becoming the first American woman to win gold in downhill. In 2011, Vonn lost the overall World Cup to Maria Riesch by just three points.

Slowed by illness, Vonn's 2013 season got off to a rough start as she took a break from the World Cup circuit. After injuries plagued her performances in 2014, she decided not to compete in the World Cup that year either. She made a comeback at the end of that year at the women's World Cup downhill race at Lake Louise, Alberta by winning the event. In March 2015, she won the World Cup downhill race at Meribel, France and claimed the World Cup downhill title for the seventh time. In 2016, Vonn announced via Facebook that she had undergone surgery to repair a severely fractured humerus bone of her right arm due to a training crash. She returned to the World Cup in January 2017 and captured her 77th win. At the 2018 Winter Olympics in South Korea, Vonn tied for 6th in Women's Super-G and won the bronze medal in women's downhill. She announced her retirement at the start of her 2018-2019 Alpine Ski World Cup. On February 10, 2019, Vonn won a bronze medal in women's downhill at the World Championships, making her the oldest woman to win a medal at age 34 at a world championship. With that, she fully retired from the race circuit. 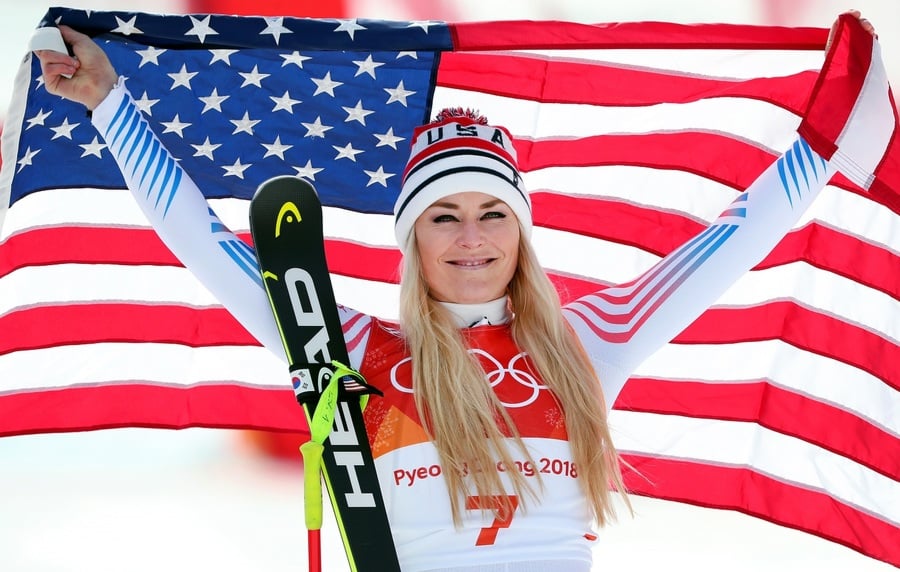 All in all, her Olympic showings combined with her victories at the skiing World Championships have made Lindsey one of the most successful and highly-paid American skiers in the entire history of the sport. As would be expected, this success has made her quite a celebrity by alpine skiing standards, appearing on late night TV talk shows such as The Today Show, Access Hollywood and The Late Show with David Letterman, among other public appearances.

Lindsey speaks German fluently. She married 2002 Olympian and former U.S. Ski Team athlete Thomas Vonn on September 29, 2007. They divorced in 2013 and she opted to keep her married name. She famously dated Tiger Woods from 2013 to 2015. She became engaged to hockey player P. K. Subban in 2019. She proposed to him. They broke up in December 2020. 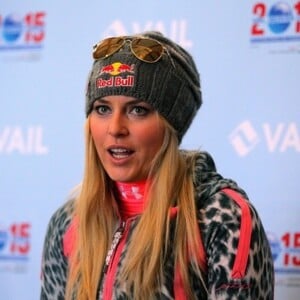