Lilly King net worth: Lilly King is an American competitive swimmer who has a net worth of $2 million. Lilly King was born in Evansville, Indiana in February 1997. She has competed for the FJ Reitz High School Panthers and the Newburgh Sea Creatures as well as Indiana University. King specializes in the breaststroke and competed in the 2016 Rio Olympics where she won a gold medal in the 100 meter breaststroke competition as well as in the second leg of the women's 4×100 meter medley. King was the NCAA Champion in the 100 yard breaststroke at the 2016 NCAA finals and has received many honors including Big Ten Swimmer of the Year, four All-America honors, and First-Team All-Big Ten. 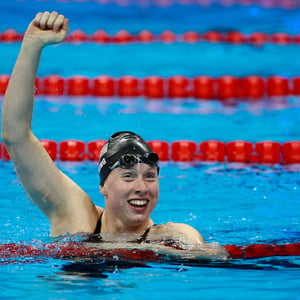