Lauryn Mark net worth: Lauryn Mark is an Australian skeet shooter who has a net worth of $500 thousand dollars. Born in the United States, Lauryn Mark now lives in Hoppers Crossing, Victoria, Australia. She began training in skeet with her father, a coach, when she was eleven. She burst onto the skeet shooting scene in 1999, when she became the youngest competitor ever to win the United States Open Women's Skeet Championship.

She went on to win three Gold Medals at the 2002 Commonwealth Games, a Silver Medal at the World Cup Final in 2003, and she finished fourth at the 2004 Olympics. She has also won ten Australian National Woman's Skeet Championships. She was considered a frontrunner heading in to the 2012 Olympics, but controversy surrounding the Olympic Committee's refusal to let her share a room with her husband, a fellow Olympian, and an ill-advised photo shoot of her in a bikini holding a gun, ended up derailing her hopes. 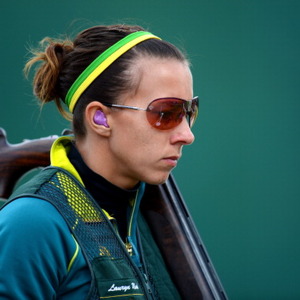