How much is Kristi Yamaguchi Worth?

Kristi Yamaguchi Net Worth: Kristi Yamaguchi is an American figure skater who has a net worth of $8 million. Kristi Yamaguchi acquired that net worth as an Olympic gold medal winning figure skater and has been inducted into the US Olympic Hall of Fame. Born Kristine Tsuya "Kristi" Yamaguchi on July 12, 1971, in Hayward, California, she is an award-winning professional skater praised for her incomparably elegant and graceful prowess on the ice. What started as a physical therapy for her club feet turned out to be Yamaguchi's career and life devotion. She first started to make headlines in 1989, when 17-year-old Kristi defeated rival Jill Trenary at the US Figure Skating Championships, which subsequently led to snatching a victory in the pairs competition along with her skating partner Rudi Galindo. Since, she has fetched the Olympic gold medal in ladies' singles at the 1992 Winter Olympics, a feat that boosted her getting inducted into the US Olympic Hall of Fame in 2005. Furthermore, Yamaguchi won two World Figure Skating Championships in 1991 and 1992, and a US Figure Skating Championships in 1992. Kristi also got the chance to serve as a local commentator on figure skating for San Francisco TV station KNTV (NBC 11) during Winter Olympics in 2006. Another off-ice engagement was her winning performance in the sixth season of Dancing with the Stars, where she turned out to be the celebrity champion along with her partner, pro dancer Mark Ballas. A great philanthropist at heart and a mother of two, Kristi Yamaguchi established the Always Dream Foundation for children in 1996. 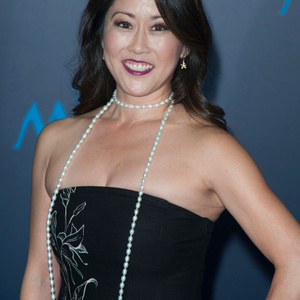