Katie Ledecky was born in Washington, D.C. in March 1997. Ledecky debuted at the Olympics in 2012 at 15 years old and won Gold in the 800 meter freestyle. She was named Swimming World's Swimmer of the Year and the American Swimmer of the Year from 2013 to 2015. L'Equipe also named Ledecky as the international female Champion of Champions in 20124. Ledecky set a record by winning seven individual gold medals at the World Aquatics Championships and was the youngest person on Time magazine's Time 100 list in 2016. She was a nominee for Best Female Athlete at the 2016 ESPY Awards and also represented the United States at the 2016 Olympics in Rio.

Endorsement Money: Because she was still an NCAA student-athlete, Katie could not accept endorsement income or prize money from a professional competition. However, in May 2018, Katie turned pro and signed her first major endorsement deal with swimwear company TYR. The deal paid Katie $7 million over six years. 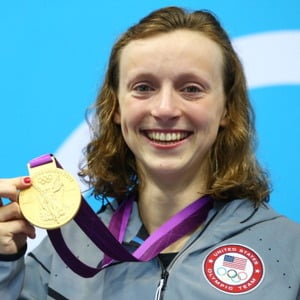