He also won a gold medal at the 1986 France World Championships and a silver medal at the 1986 Moscow Goodwill Games. Kiraly is the only volleyball player to win gold medals at the Olympics in both indoor and beach volleyball. He was inducted into the Volleyball Hall of Fame in 2001. He won many awards including the American Volleyball Professionals Best Offensive Player, Best Defensive Player, Comeback Player of the Year, Most Valuable Player, and Sportsman of the Year. Karch Kiraly now coaches the United States women's national volleyball team. 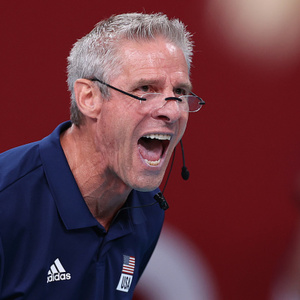