What is Kamila Valieva's Net Worth?

Kamila Valieva is a Russian figure skater who has a net worth of $2 million. Kamila Valieva has won numerous national and international championships. Among her achievements, she set new records for the women's short program, free skate, and total score, and is the second woman to land a quadruple toe loop in competition. Valieva came to wider attention at the 2022 Winter Olympics in Beijing, where her status in the competition was questioned due to test results of hers that came back positive for a banned substance.

Kamila Valieva was born on April 26, 2006 in Kazan, Russia. At an early age, she took ballet, gymnastics, and figure skating classes, before deciding to focus exclusively on skating. In 2009, Valieva started skating in Kazan at RSDUSSHOR. She subsequently moved to Moscow to train at SSHOR.

Prior to her international debut in 2018-19, Valieva gained recognition for a short program she had performed set to Arvo Pärt's "Spiegel im Spiegel." She went on to win the Russian Younger Age Championships after this. In August of 2019, Valieva made her international debut in Courchevel, France at a Junior Grand Prix competition. After coming in third in the short program, she finished first in the free skate to win the gold medal. A month later, she won gold at the JGP Russia, qualifying her for the 2019-20 Junior Grand Prix Final in Turin, Italy. In the competition, Valieva took the title ahead of American Alysa Liu. She next competed at the Russian Junior Championships, which she also won. Valieva went on to extend her success streak by claiming the title at the World Junior Championships.

In the second stage of the Russian Cup in 2020, Valieva claimed the silver medal. She improved her result in the fifth stage, winning gold. Valieva subsequently made her senior debut in the Russian Championships, where she won silver. After this, she participated in the televised team competition the Channel One Trophy, and helped her team clinch the title.

Valieva made her senior debut at the international level at the CS Finlandia Trophy in 2021. Although she placed third in the short program there, she managed to land three quadruple jumps in the free skate to post a new world-record score of 174.31 points. Valieva next made her senior debut in the Grand Prix at Skate Canada International, where she broke her own world record in the free skate with 180.89 points. She continued her success at the Rostelecom Cup, where she broke her own record once again. Finally, in December at the Russian Championships, Valieva took the gold medal and the national title with a total score of 283.48 points. Next, in early 2022, she made her debut in the European Championships. In the competition, she made more history by becoming the first female skater to break the 90-point score barrier. Valieva ultimately claimed the European title. 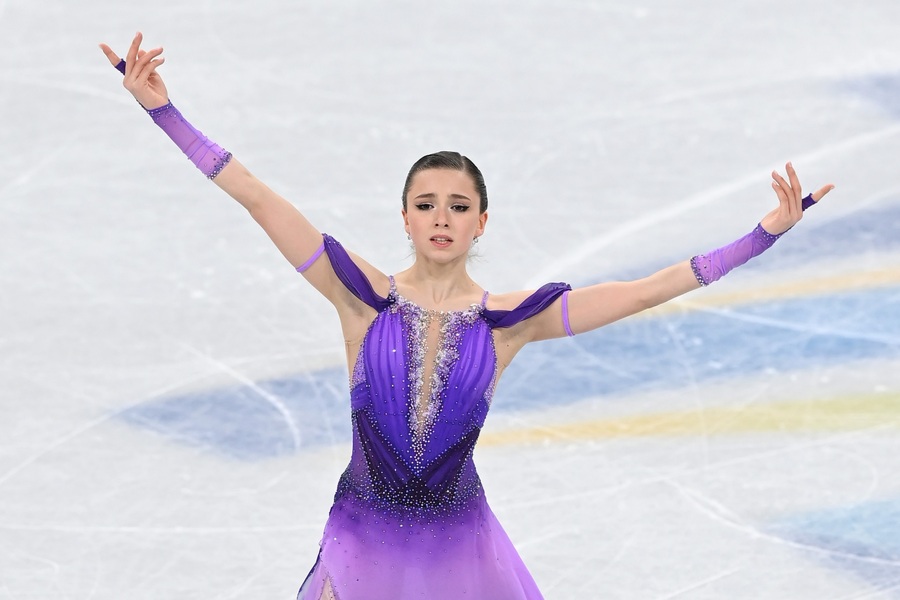 At the 2022 Winter Olympics in Beijing, Valieva began skating as part of the Russian Olympic Committee team in the team figure skating event. In both her short program and free skate, she finished first; moreover, in the latter, she became the first woman to land a quadruple jump at the Olympics. Although Valieva helped the ROC team claim the gold medal, the results were thrown into question when a drug test Valieva took in December came back positive for a banned substance. As a result, the medal ceremony was postponed pending investigation.

While the investigation was still in progress, Valieva was permitted to skate in the women's singles event. In the short program, she finished first ahead of her compatriot Anna Shcherbakova; however, in the free skate, she stumbled and fell multiple times, landing her in fourth place in the competition overall. Shcherbakova ended up taking gold, while Alexandra Trusova took silver and Kaori Sakamoto won bronze.

Valieva's doping scandal reportedly began in December of 2021, when she submitted a routine urine sample after her victory in the Russian Championships. However, due to backlogs stemming from COVID-19, the regular 20-day testing time period ended up lapsing. When the test results were forwarded for evaluation during the Olympics in February of 2022, the urine sample had tested positive for the banned substance trimetazidine. Valieva also tested positive for hypoxen and L-carnitine, which are not banned, but could combine with trimetazidine to boost endurance and reduce fatigue. Valieva was issued a provisional suspension following the result, but was ultimately cleared on appeal by RUSADA's independent Disciplinary Anti-Doping Committee. In response to the news and the allowance of Valieva to continue skating at the Olympics, IOC president Thomas Bach denounced the events around the doping, and admonished the coaches and other adults who enabled it. 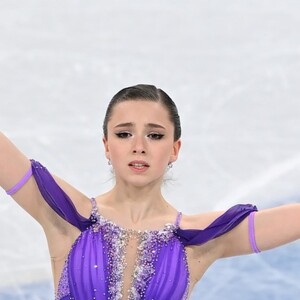