Kai Greene Net Worth: Kai Greene is an American professional bodybuilder who has a net worth of $1 million. Kai Greene was born in Brooklyn, New York in July 1975. His seventh grade teacher introduced him to the idea of bodybuilding. Greene competed in the National Physique Competition and won the 1999 NPC Team Universe.

He took a five year hiatus from competition and won the 2004 NPC Tem Universe contest. Winning the competition qualified him to become an IFBB professional bodybuilder. He finished first in the 2011 New York Pro Championship and third in the 2011 Mr. Olympia. He finished second in the 2012 Mr. Olympia competition and second against in the 2013 Mr. Olympia competition. Greene has been featured in the documentaries Overkill and Redemption which focused on his preparation and training for competitions. He was also featured in the movie Generation Iron in 2013. Greene is sponsored by MuscleMeds and Flex. He finished first in the 2013 EVL's Prague Pro, 2011 New York Pro, 2010 Australian Pro Grand Prix, 2010 Arnold Classic, 209 Arnold Classic, 2009 Australian Pro Grand Prix, 2008 New York Pro, 2007 Shawn ray Colorado Pro/Am Classic, 2001 Biggest Arms in the Universe, 1996 WNBF Pro Natural Worlds, and 1994 NGA American Nationals. 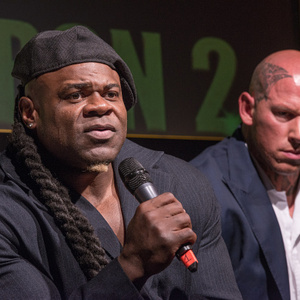