Justin Gatlin net worth: Justin Gatlin is an American sprinter who has a net worth of $3 million. Born in Brooklyn, New York, Justin Gatlin grew up in Florida, and graduated from Woodham High School in Pensacola. He went on to attend the University of Tennessee, Knoxville, for two years, where he won six NCAA titles, and then turned professional.

He won an individual Gold medal and an individual Bronze medal at the 2004 Olympics, as well as a team relay Silver medal. A year later, he won two Gold medals at the World Championships, and has also won two Gold medals at the World Indoor Championships. In 2006, he was banned from track and field competition for four years, along with a number of other athletes coached by Trevor Graham, because of a positive test for steroids. After attempting a career in the NFL, he returned to track and field competition in 2010. In 2012, he clocked the fastest time ever for a man over 30 running the 100-meter sprint at the U.S. Olympic Trials. 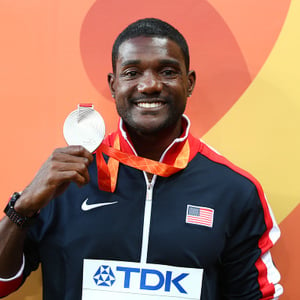