How much is Johnny Weir Worth?

Johnny Weir net worth and salary: Johnny Weir is a retired American figure skater and sports commentator who has a net worth of $4 million dollars. Johnny Weir was born John Garvin Weiris on July 2, 1984 in Coatesville, Pennsylvania. Johnny was inspired to become a professional figures skater after watching Oksana Baiul win the gold medal at the 1994 Olympics in Lillehammer, Norway. Like many future figure skating stars, Johnny first learned on roller skates before taking formal lessons. Weir is known for his flamboyant style both on and off the ice. During the 2014 Sochi Olympics, Johnny's over-the-top outfits caused quite a stir and were seen as a "middle finger" at Vladimir Putin's anti-homosexual agenda. Weir himself came out as gay in 2011 in response to hearing about a rash of gay teen suicides around the country. Though he has not technically won an Olympic medal, he is still a very popular personality in figure skating. He did win bronze at the 2008 World Figure Skating Championship. He is also a two time bronze medalist at the Grand Prix Finals. He was the world junior champion in 2001 and the US national champion three years in a row from 2004 – 2006. Because of his celebrity status, Johnny has been featured on numerous TV shows and reality programs. Along with Tara Lipinski, Johnny is now a regular commentator for skating competitions including the Olympics. He and Tara were the main commentators for the Sochi games in 2014 and the PyeongChang games in 2018. The pair also serve as "fashion and lifestyle experts" at the Kentucky Derby every year and "cultural correspondents" at the summer Olympics. Johnny was married to Victor Voronov from 2011 to 2015. 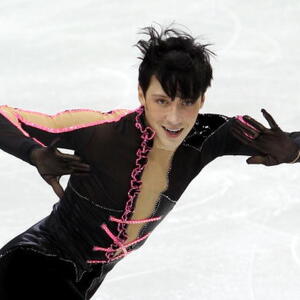