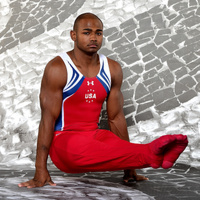 John Orozco net worth: John Orozco is an American gymnast who has a net worth of $500 thousand dollars. Born in New York, New York, in The Bronx, John Orozco began practicing gymnastics while he was he was in elementary school through a free program at a local gym. When it became clear that he had some talent, his parents looked for another gym. The nearest facility with training staff that was equipped to accommodate his level of potential, was in Chappaqua, New York, 30 miles from The Bronx. He and his mother drove back and forth nearly every day for training. He burst onto the national and international gymnastics scenes in 2007, winning the Junior Visa National Championships, and then joining the Junior National Team at the Pan-American Games. He won Gold in the All-Around three years later at the Pacific Ring Championships. After recovering from a torn achilles, he began training at the US Olympic Training Center in Colorado. He won the All-Around Gold at the US National Championships in 2012, but was unable to medal at the London Olympics.