Jimmy Houston net worth: Jimmy Houston is an American professional angler and television host who has a net worth of $6 million. Jimmy Houston was born in San Marcos, Texas in July 1944. He worked at ESPN for 21 years and then joined the Outdoor Life Network before eventually joining NBC Sports. Houston was inducted into the National Fresh Water Fishing Hall of Fame in 1990.

He co-owns the company Th3 Legends which sells signature products. He has also authored five books. Houston fished in tournament leagues and earned more than $350 thousand in Bass Master tournaments. He is perhaps best known for starring on his television series Jimmy Houston OutDoors. 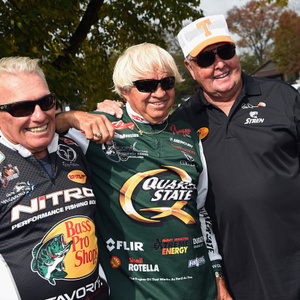