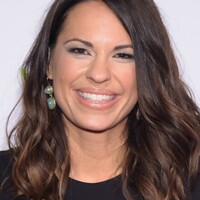 Jessica Mendoza net worth: Jessica Mendoza is an American sportscaster and former college softball player who has a net worth of $2 million. Jessica Mendoza was born in Camarillo, California in November 1980. She was a four-time First Team All-American for the Stanford Cardinal softball team. Mendoza also represented the United States in international competition as an outfielder. She won a Gold Medal at the 2004 Athens Olympic Games and a Silver Medal at the 2008 Beijing Olympic Games. As a freshman she broke the Cardinal record for season RBI totals and batting average. In her sophomore season Mendoza set new records for home runs, hits, doubles, stolen bases, and slugging. Mendoza now works for ESPN as a color analyst for Women's College World Series coverage and is she is also a sideline reporter for ESPNU. In October 2015 she became the first female analyst in MLB postseason history when she called the 2015 American League Wild Card Game with John Kruk and Dan Shulman.