Jennie Finch net worth: Jennie Finch is an American softball pitcher and first-baseman who has a net worth of $1.5 million dollars. Born in La Mirada, California, Jennie Finch began playing softball when she was in kindergarten. An excellent athlete, she lettered in multiple sports in high school, including softball, basketball, and volleyball. She ultimately chose to focus on softball and played for the University of Arizona, winning the Honda Sports Award twice, and being named an All-American pitcher three times. She pitched a record 51 consecutive winning games while in college, and struck out over a 1000 batters during her college career. She went on to lead the US Softball team to Gold at the 2004 Olympics, pitching the team to two victories. The US team won Silver in 2008, and hoped to return for the next Olympics, but the Olympic committee has removed softball from the list of Olympic sports. She currently serves as a commentator and plays for the National Pro Fastpitch League. 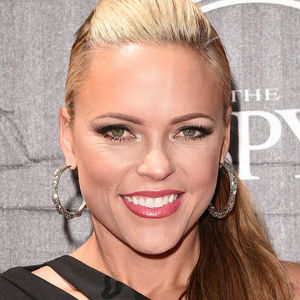