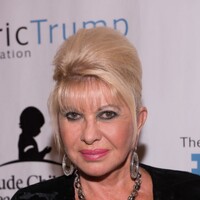 What was Ivana Trump's net worth?

Ivana Trump was an Olympic athlete, socialite, and fashion model who had a net worth of $100 million at the time of her death. Ivana Trump was probably most famous for being married to Donald Trump. They were married from 1977 to 1992. They had three children together; Donald Trump, Jr., Ivanka Trump and Eric Trump.

She was born Ivana Marie Zelníčková on February 20, 1949, in Gottwaldov, Czechoslovakia, (now Zlín, Czech Republic). Her father Miloš Zelníček nurtured her natural skiing talent, and encouraged her to pursue an education. She attended Charles University in Prague, where she studied German and English and was on the ski team. As a student at Charles University, she witnessed the beginning of the Prague Spring of 1968, as well as the beginning of the Soviet Union-led invasion of Czechoslovakia. She continued her education into the early 1970s, and eventually earned a Master's degree in physical education.

In 1971, Ivana married Austrian ski instructor Alfred Winklmayr. Through him, she obtained Austrian citizenship and was able to leave Communist Czechoslovakia without defecting, and thus minimize the consequences of her leaving on her family. She divorced Winklmayr in 1973, and moved to Canada. Her first professional engagement was professionally coaching ski racers in Montréal, Canada.

She spent a number of years as a coach before shifting gears and moving into modeling. Throughout the 1970s, she worked for the Audrey Morris agency, which brought her to New York City. It was during this time that she met Donald Trump.

Ivana and Donald first met in 1976, and married in 1977. Together, they became prominent figures in New York society in the 1980s. They share three children together: Donald Trump Jr. (born in December, 1977), Ivanka Trump (born in October, 1981), and Eric Trump (born in January, 1984). Ivana also took on a major role in her husband's company, The Trump Organization, as the Vice President of Interior Design. She also was appointed as the president of the Trump Castle Hotel and Casino. She became a naturalized US citizen in 1988. Ultimately, Ivana and Donald couple divorced in 1990.

Since her relationship with Donald Trump, Ivana has had a number of other relationships. She married her third husband Riccardo Mazzucchelli in 1995, although they divorced soon after. She then dated Roffredo Gaetani from 1997 until his death in 2005. In 2008, Ivana married Rossano Rubicondi, divorcing him in 2009, although they have continued to be seen together in 2018. 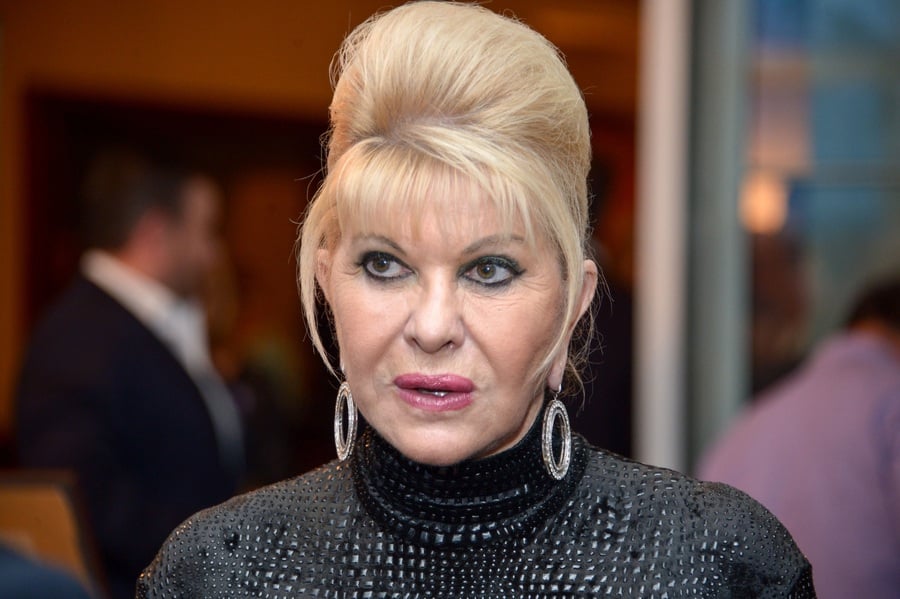 During their marriage, Ivana was anything but a stay-at-home mom. She was a self-described "workaholic" who helped Donald hand-in-hand in developing major real estate projects. As Vice President for interior design at the Trump Organization, Ivana was instrumental in developing Trump Tower and the Trump Taj Mahal casino in Atlantic City. Even with three little kids at home, she found time to manage the Plaza Hotel.

Over the course of their marriage, Ivana and Donald had FOUR prenuptial agreements as his empire grew. Under the final agreement, Ivana was given $25 million in cash plus their mansion in Greenwich, Connecticut. She was also given the option of a $22 million cash payment for a new house if the Greenwich house was sold before their divorce was finalized. Finally, she was awarded $650,000 in annual child support until all three children reached the age of 18. After adjusting for inflation, Ivana's total payment was worth the same as around $100 million in today's dollars. Donald was reportedly in deep debt at the time of the divorce and was forced to pay for the settlement with bank loans. 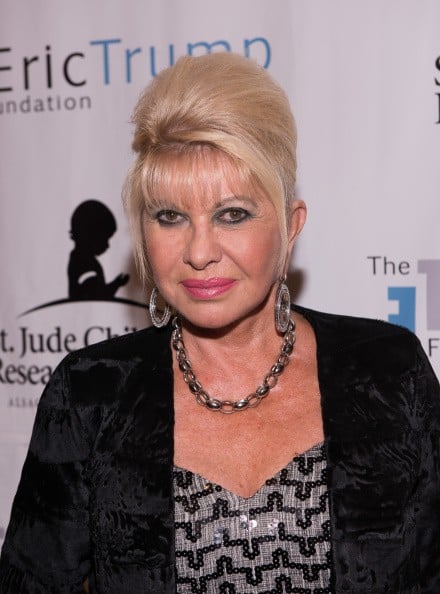 After her divorce from Donald Trump in 1990, Ivana established two of her own companies, Ivana, Inc. and Ivana Haute Couture. These mainly involved lines of clothing, jewelry and beauty products sold through television shopping channels. In 2005, she was also involved in multiple failed real estate projects, such as the planned Ivana Las Vegas condominium high rise that was never built. In 1998, she bought 33% of Croatia's second-largest daily newspaper.

Ivana has enjoyed a modest writing career. She penned the self-help book "The Best Is Yet to Come: Coping With Divorce and Enjoying Life Again" (1995), in which she advised divorcees to "take his wallet to the cleaners." She also released an autobiography, titled "Raising Trump" (2017), that chronicles her own childhood and her children's upbringing. Other writing pursuits of hers include an advice column for Globe, titled "Ask Ivana" (1995-2010), and her own lifestyle magazine "Ivana's Living in Style" which was launched in February 1999. Additionally, she also did some on-camera work. She was the subject of her own Lifetime network biography special, "Intimate Portrait: Ivana Trump" (2001), as well as the host of her own reality television special, "Ivana Young Man" (2006) on the Oxygen Channel.

In 1992 Ivana paid $2.5 million for an 8,725-square-foot, five-story, 20-foot-wide townhouse located between Fifth and Madison avenues in Manhattan. She proceeded to perform a major upgrade and interior design overhaul. In November 2022 Ivana's surviving children put the townhouse on the market for $26.5 million. Here's a video tour of the home from the November 2022 listing: