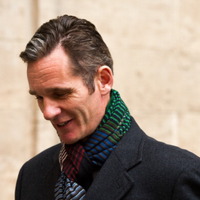 Inaki Urdangarin Net Worth: Inaki Urdangarin is a Spanish retired handball player who has a net worth of $10 million. Inaki Urdangarin y Liebaert, Duke of Palma de Mallorca was born in Zumarraga, Basque Country, Spain in January 1968. Inaki is the son of Juan Maria Urdangarin Berriochoa and Claire Francoise Liebaert Courtain and has six siblings. He became a professional handball player at 18 years old and played for FC Barcelona Handbol until he retired in 2000. He played for the Spanish handball team at the Summer Olympics in 1992, 1996, and as the team captain in 2000. He won bronze medals with the team in both 1996 and 2000. Inaki received a master's degree in business administration from the Escuela Superior de Administracion y Direccion de Empresas in Barcelona. Inaki met Duchess of Palma de Mallorca Infanta Cristina at the 1996 Olympic games and the two married in 1997. After marrying he became jure uxoris The Most Excellent The Duke of Palma de Mallorca. The couple has had four children. The Duke worked for Motorpress Iberica and was a founding partner of Noos Consultoria Estrategica. He became a member of the Spanish Olympic Committee in 2001 and received the Grand Cross of the Spanish Royal Order of Spots Merit the same year. He was involved in a corruption scandal in 2011 and accused of diverting public funds for his own profit.