Hannah Teter Net Worth: Hannah Teter is an American snowboarder who has a net worth of $1 million. Born on January 27, 1987 in Belmont, Vermont, she grew up in a family of snowboarders and started practicing the sport at the tender age of eight. Often assisted by her four elder brothers, Hannah had her first lesson at her home mountain of Okemo.

Later on, she became an Okemo Mountain School graduate. By the time she turned 15, she had already become the World Junior Halfpipe Championship. In September 2002, she made it to the fourth place in her first World Cup Halfpipe event in Valle Nevado, Chile. From 2002 through 2004, Teter participated in 7 World Cup events and had four victories. In 2005 she made it to the third place on her first FIS World Championship. One year later, she took part of the Winter Olympics and won gold medal in halfpipe. Right after this, in 2008, Teter started her own charity named "Gold Hannah". The foundation still raises money through sales of a maple-flavored ice cream (flavor created in her honor), to supply education and fresh water to the village of Kirindon, Kenya. She participated in both the 2010 and 2014 Winter Olympics and made it to the third and fourth place respectively. Also, Hannah Teter was one of the four Olympic athletes to be featured on the 2010 Sport Illustrated Swimsuit Edition. In 2010, Teter created a new charity initiative, Sweet Cheeks which provides for impoverished kids through "Children International". 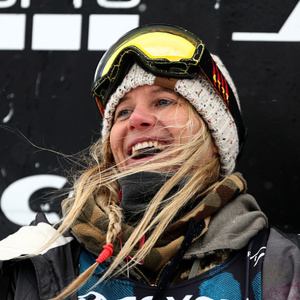