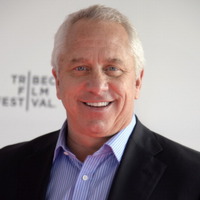 Greg LeMond net worth: Greg LeMond is a former professional road racing cyclist and entrepreneur who has a net worth of $40 million dollars. As a professional cyclist, LeMond won the World Championship twice and the Tour de France three times. He was born in 1961 in Lakewood California. His introduction to cycling came in 1975 because of freestyle skiing pioneer Wayne Wong, who recommended the bike as an ideal off-season training aid. LeMond started competing in 1976, and after dominating the Intermediate category and winning the first 11 races he entered, he received permission to ride against older, more seasoned competitors in the Junior (16-19) category. LeMond was a standout amateur rider that was exceptionally gifted, and quickly established himself as one of the most talented cyclists on the professional circuit. His first professional victory came three months into his 1981 debut when he won a stage of the French Tour de l'Oise. He followed with a win in the Coors Classic in the United States. At 18 years old he was the youngest person ever to be selected for a US Olympics team. Unfortunately, the US' boycott of the Moscow games prevented him from actually being able to compete in the games. LeMond rode his first Tour de France in 1984, finishing third in support of team leader Laurent Fignon, and winning the white jersey of the Best Young Rider classification. He went on to win the Tour de France two more times and also placed in several other tours throughout the world. In 1994, he found he was unable to race effectively and announced his retirement in December of that year. At the time the reasons for LeMond's increasing difficulties and inability to compete were not entirely known. At a loss, he speculated that a condition known as mitochondrial myopathy might be responsible for the difficulty he was having performing against the current riders; and in 2007, LeMond speculated that he might not have had the condition after all, and suggested that lead toxicity from the shotgun pellets still embedded in his body might have been responsible, the effects of which were increased by heavy training. However, since 2010 LeMond  acknowledged that the increasing prevalence of doping contributed to his lack of competitiveness, and he has spoken out against doping for many years since then. In addition to being a professional cyclist, LeMond has also founded and worked on the Boards of many companies. He founded a company called LeMond Bicycles in 1990 to help him develop machines for himself that would also be marketing and sold to the public. In 2002, LeMond, Bernie Boglioli, and others founded LeMond Fitness, Inc. to help individuals achieve their fitness and performance goals and train more effectively. The company's primary business is the development and manufacturing of bicycle trainers and indoor exercise bikes for consumers in the United States and internationally.  LeMond himself serves as Chairman of the Board, and, according to company sources, is integrally involved in the development and design of our products and programs. He has also dabbled a bit in the real estate market investing in properties like the Yellowstone Club in Montana. LeMond was married to Kathy Morris in 1981 and together they have three children, Geoffrey, Scott and daughter Simone. LeMond and his wife live in Medina, Minnesota and since his retirement, LeMond has become increasingly involved in philanthropic efforts relating to causes that have affected him personally (including ADHD and sexual abuse); he and Kathy both sit on the board of the non-profit 1 in 6.