What is Eileen Gu's net worth?

Eileen Gu is an American-born Olympic skier who competes for China. As of this writing, Eileen Gu has a net worth of $20 million. Eileen made her debut on the world stage at the 2022 Olympics games in Beijing where she won a number of medals, including two Gold medals, for China.

Heading into the games Eileen signed dozens of endorsement deals with brands around the globe. Those deals made her the highest-paid athlete at the 2022 games. More on these deals later in the article.

Eileen Gu was born on September 2, 2003 in San Francisco, California. Her father is American, her mother is Chinese-American. Her mother, Yan Gu, earned undergraduate and master's degrees in chemical engineering at Peking University. While in school she was a ski instructor and competed on the speed skating team. In her twenties Yan Gu moved to the United States for further education. At first she enrolled at Auburn University before transferring to Rockefeller University. She subsequently moved to the Bay Area to earn an MBA at Stanford University.

During this period, Yan began skiing frequently in Lake Tahoe. When Eileen was a toddler, Yan would take her on the slopes so she had someone to ski with.

Eileen's father did not stay in the picture. She was raised by her mother and grandmother, speaking English and Mandarin at home.

Eileen was raised in the Bay Area. She graduated from University High School in San Francisco in 2022. She graduated in just three years. She was then accepted as a member of Stanford University's 2022 freshmen class. 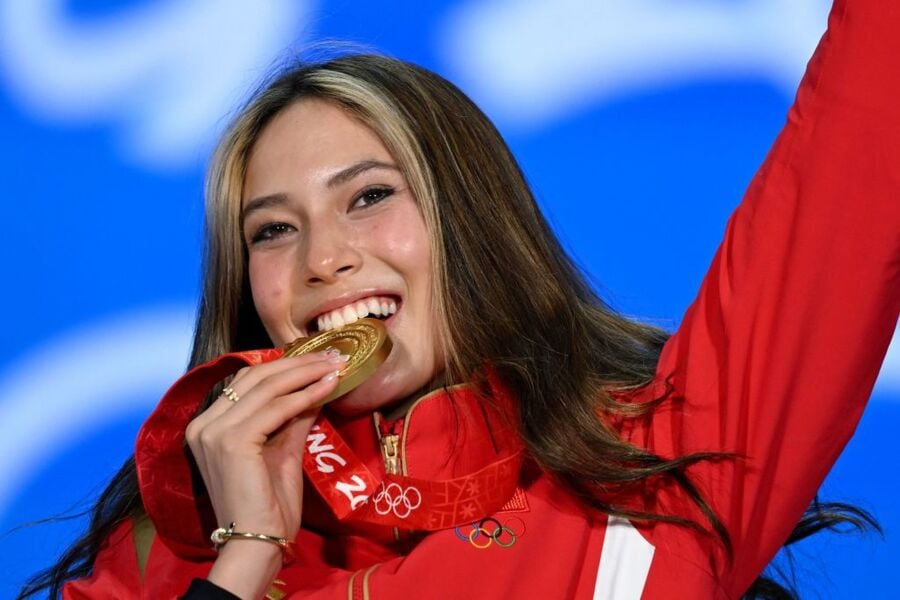 Eileen has competed for China since 2019. It's unclear if she continues to hold American citizenship and she has declined to answer that question in multiple interviews, even going so far as to refer to the question as "racist." The most she will concede is:

At the 2020 Winter Youth Olympics in Lausanne, Eileen took home a Silver in Slopestyle, a Gold in Halfpipe and a Gold in Big Air.

At the 2021 Winter X Games in Aspen she earned a Bronze in Big Air, a Gold in Slopestyle and a Gold in Superpipe.

At the 2021 World Championships in Aspen she earned a Bronze in Big Air, a Gold in Slopestyle and a Gold in Halfpipe.

Ironically, some fans in China have criticized Eileen's story because it has very little to do with regular Chinese life. Eileen's success is much more a result of an American middle-class upbringing as opposed to the Chinese system being a success.

Heading into the 2022 Olympic games in Beijing, Eileen was one of the most marketed and controversial athletes. Many Americans were upset that she was competing for China and would not answer questions about her citizenship.

Eileen ended up being one of stars of the games. She won a Silver in Slopestyle, a Gold in Halfpipe and a Gold in Big Air.

Thanks to her success and beauty, it's not surprising that Eileen Gu would be highly in-demand as a model and product endorser. She has endorsement contracts with at least 30 international and Chinese brands.

Heading into the 2022 games she signed $30 million worth of endorsement deals with more than a dozen brands. Her face was plastered around China, adorning walls of subways, airports and bus stops.

As of this writing, some of Eileen's most-important endorsement deals include:

The categories of her endorsement deals include:

Eileen's timing is lucky. Previous Chinese Olympic athletes were shunned from having endorsement deals at all. If they did have deals, they had to be approved AND the athletes had to split their income with the government. It's unclear if Eileen is splitting her income. 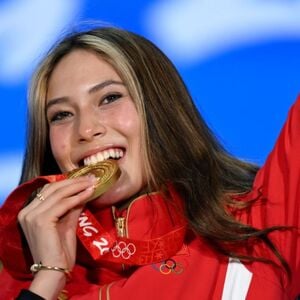