Eddy Merckx net worth: Eddy Merckx is a Belgian former professional road and track bicycle racer who has a net worth of $20 million. Eddy Merckx was born in Meensel-Kiezegem, Brabant, Belgium in June 1945. Eddy played several sports as a kid but found his passion in cycling. He got his first bicycle at a young age and competed in his first race at 16.

Merckx won 80 races as an amateur and turned pro at 19 years old signing with Solo-Superia. In his first professional season, Merckx won nine races. He then switched over to race for Peugeot-BP-Michelin and won two editions of the Milan – San Remo. He joined Faema in 1968 for three seasons and won four Grand Tours and eight classics. He moved to Molteni in 1971 and won the Triple Crown in 1974. Merckx set a new hour record and won six more Grand Tours during that time frame. He retired from the sport in 1978 and started his own bicycle chain called Eddy Merckx Cycles. He has also worked as a television commentator on bicycle races and coached the Belgian national cycling team. He finished his career with 525 victories and is considered the most successful cyclist of all time, although he was involved in three doping incidents. 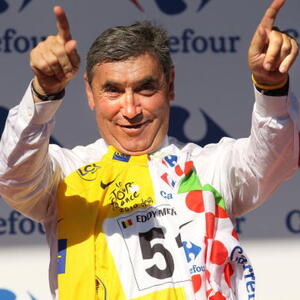