Donovan Bailey net worth: Donovan Bailey is a Canadian former sprinter who has a net worth of $3 million. Donovan Bailey was born in Manchester, Jamaica in December 1967. He is a former world record holder for the 100 meters. Bailey won Gold Medals at the 1996 Olympic Games in Atlanta for 100 meters and 4×100 meter relay.

He has also won Gold Medals at the World Championships in 1995 for 100 meters and in 1995 and 1997 for 4×100 meter relay. Bailey won a Silver Medal at the 1997 World Championships for 100 meters and won a Gold Medal at the 1994 Commonwealth Games for 4×100 meter relay. Bailey was the first Canadian that legally broke the 10 second barrier in the 100 meters. He raced Michael Johnson in 1997 for the title of the world's fastest man. He won the race and earned $1.5 million. Bailey went on to form DBX Sport Management and as worked as a track commentator. He was elected into Canada's Sports Hall of Fame in 2004 and 2008. 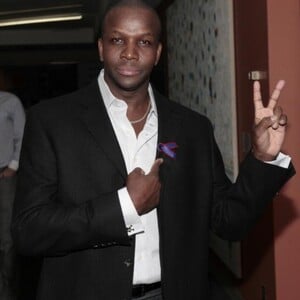