Dexter Jackson net worth: Dexter Jackson is an American IFBB professional bodybuilder who has a net worth of $2 million. Dexter Jackson was born in November 1969. He was the 2008 Mr. Olympia bodybuilding champion. Jackson has won the most bodybuilding titles in history. He won the Arnold Classic in 2005, 2006, 2008, 2013, and 2015 setting a record for winning it five times.

Dexter Jackson placed second in the 2015 Mr. Olympia. His first competition took place in 1992 and his first professional competition was at the 1999 Arnold Classic. Jackson has appeared in many fitness and bodybuilding magazines and has been on the cover of Flex magazine and Muscular Development magazine. He was featured in the 2009 documentary Dexter Jackson: Unbreakable. As of 2019 he holds records for professional bodybuilding titles with 29 and Mr. Olympia appearances with 20. He is the only bodybuilder to win the overall title in the Mr. Olympia and Masters Olympia competitions and is one of only three bodybuilders to win both the Mr. Olympia and the Arnold Classic competitions. 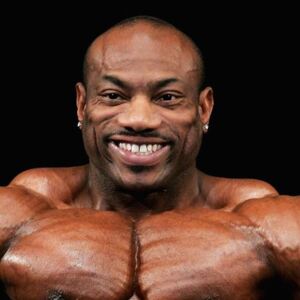