Dan O'Brien net worth: Dan O'Brien is an American former decathlete who has a net worth of $1 million. Dan O'Brien was born in Portland, Oregon in July 1966. He represented the United States in the decathlon and won a Gold medal at the 1996 Atlanta Olympic Games. O'Brien also won Gold medals at the World Champions in 1991 in Tokyo, 1993 in Stuttgart, and 1995 in Gothenburg.

He won another Gold medal at the World Indoor Championships in Toronto in 1993. In 1992 he set a world record. Dan O'Brien was coached by Mike Keller and Rick Sloan. In 1990 he finished in second place at the Goodwill Games in Seattle. He also set a world record for the fasted game of hopscotch at Chelsea Piers in 2009. He had an endorsement deal with Versace in the late 1990s. O'Brien co-authored the book Clearing Hurdles: The Quest to Be The World's Greatest Athlete in 2012. 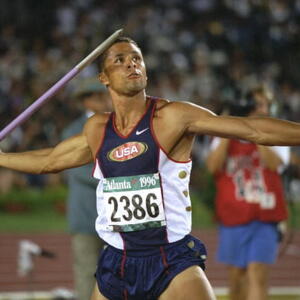