How much is Dale Begg-Smith Worth?

Dale Begg Smith net worth: Dale Begg Smith is an Australian-Canadian freestyle skier who has a net worth of $2 million dollars. Dale Begg Smith was born in Vancouver, British Columbia, Canada, and launched a successful internet advertising business when he was a teenager. A successful skier for Canada, his coaches asked him to give up his business in order to focus on skiing. He gave up skiing instead, and moved to Australia with his brother, also a skier. He began skiing again in Australia, where the team was willing to allow him more flexibility to split his focus. Once he earned his citizenship, he began competing for Australia. Since then, he has won a Gold medal and a Silver medal in Moguls in the 2006 and 2010 Winter Olympics, respectively. He has also won a Gold, a Silver medal, and a Bronze at the FIS Freestyle World Ski Championships. He has won four World Cup titles, and is only the second athlete to do so. His Gold at the 2006 Olympics made him the youngest men's freestyle mogul skier to ever win an Olympic Gold. 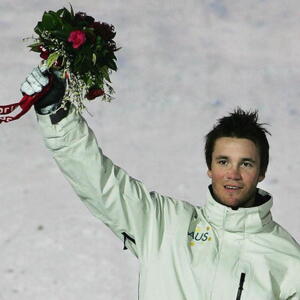