Cody Miller net worth: Cody Miller is an American competitive swimmer who has a net worth of $2 million. Cody Miller was born in Billings, Montana in January 1992. He specializes in the breaststroke and competed for Indiana University. Miller won a Gold Medal at the 2015 World Aquatics Championship in the 4×100 meter medley relay. At the 2016 Rio Olympic Games he won a Bronze Medal in the Men's 100 m breaststroke and also set the American record in that event. Miller started swimming at eight years old to alleviate his pectus excavatum condition which causes his chest to cave in. He has competed for the Randolph club and his coach is Ray Looze. 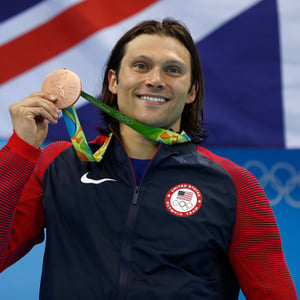