How much is Christopher Dean Worth?

Christopher Dean net worth: Christopher Dean is an English ice dancer who has a net worth of $7 million. Christopher Dean was born in Calverton, Nottinghamshire, England in July 1958. Along with his partner Jayne Torvill he won a gold medal at the 1984 Winter Olympics and a bronze medal at the 1994 Winter Olympics. Dean has also won four gold medals at the World Championships in 1981, 1982, 1983, and 1984 and four more gold medals at the European Championships in 1981, 1982, 1984, and 1994. He started skating at 10 years old after getting a pair of skates for a Christmas present. After his Olympic win in 1984 Dean and Torvill turned professional. The pair was elected to the World Figure Skating Hall of Fame in 1989. They competed on the reality TV series Dancing on Ice in 2006 and served as the show's co-creative directors from 2006 until 2014. In 1999 Dean was appointed an Officer of the Order of the British Empire. Dean and Torvill visited Sarajevo in 2014 for the 30th anniversary of the 1984 Olympics where they recreated their routine. In December 2018, a biopic titled "Torvill and Dean" was released on British television. 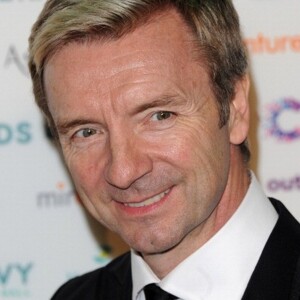