Charlie White net worth: Charlie White is an American ice dancer and reality television personality who has a net worth of $500 thousand dollars. Charlie White was born in Royal Oak, Michigan, and split his focus between playing the violin and playing hockey throughout his school years. In addition to hockey, he also began ice dancing at age seven, and began skating with Meryl Davis when he was eight. 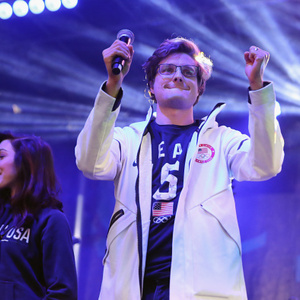