How much is Cathy Freeman Worth?

Cathy Freeman net worth: Cathy Freeman is an Australian former sprinter who has a net worth of $4 million. Cathy Freeman was born in Slade Point, Queensland in February 1973. Freeman specialized in 400 meters events and ranks as the 6th fastest woman of all time with a personal best of 48.63. Freeman lit the Olympic Flame and also won the women's 400 meters at the 2000 Summer Olympics. In 1990 she became the first ever Aboriginal Commonwealth Games gold medalist at just 16. She won gold in the 200 m and 400 m events at the 1994 Commonwealth Games. Freeman won the silver medal at the 1996 Olympics for 400 m and also won gold at the 1997 World Championships in that event. After taking time off for injury she won gold at the 1999 World Championships in the 400 m. Freeman retired in 2003 and founded the Cathy Freeman Foundation in 2007. In 2009 she was inducted into the Queensland Sport Hall of Fame. 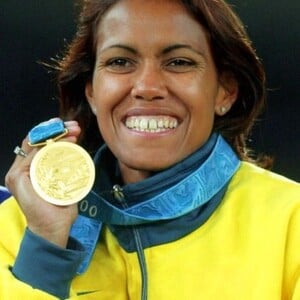