What is Brian Boitano's Net Worth?

Brian Boitano is an American figure skater who has a net worth of $8 million dollars. Brian Boitano is an Olympic, World, and U.S. National Champion. Boitano was the first American to land the triple axel in 1982. His signature jump called the Tano triple lutz was introduced in 1987.

Boitano was born on October 22, 1963 in Mountain View, California. He is of Italian American descent and went to Marian A. Peterson High School in Sunnyvale, California.

Boitano started skating from a young age, displaying a talent for the sport early on. By 1978, at the age of 14, he won the bronze medal at the 1978 World Junior Figure Skating Championships. He continued experiencing early success and developed a reputation for himself as a jumper due to the complex and difficult jumps he successfully executed. This helped push the envelope in men's skating and Boitano became the first American to land a triple Axel jump in 1982.

By 1983, Boitano was competing in the World Championships. He became the first skater to land all six of his triple jumps in a competition. The following year, he placed second at the 1984 United States Figure Skating Championships, helping him earn a spot at the 1984 Winter Olympics. At the Olympics, he placed fifth and helped set the stage for his continued success.

Boitano returned from the Olympics with the goal of making the American team again in four years at the 1988 Olympics. He was encouraged in the possibility of this goal following the retirement of skating star, Scott Hamilton. In 1985, Boitano won the United States Figure Skating Championships. He then came in third place at the World Championships in 1985. While he experienced a tendon injury in his ankle weeks before the 1986 U.S. Championships, he still was able win the title.

Always looking to push the limits, Boitano introduced two new elements to his program during the 1986-87 season – the 'Tano triple lutz and a quadruple toe loop. The 'Tano trip lutz became his signature jump and involved lifting the left arm over the head. While he did attempt the quadruple jump multiple times throughout the season, he was not able to land it cleanly. At the 1987 World Championships, he fell on the quadruple toe loop and placed second in the competition. 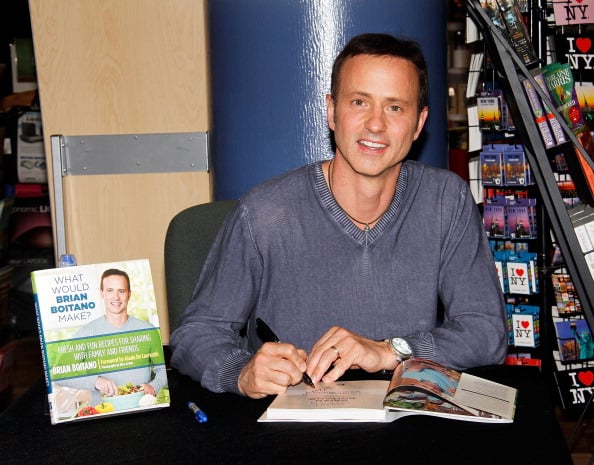 Because of the loss. Boitano and his coach Linda Leaver began strategizing what changes they could make to the program in order to give him the best shot of securing the Olympic championship in 1988. While he had always been a very good technical skater and included lots of challenging jumps throughout his routine, he sometimes lacked the artistry necessary to round out a winning routine. Because of this, he hired choreographer Sandra Bezic to help him with his programs from the 1987-88 Olympic season.

Bezic focused on creating programs with clean lines that emphasized Boitano's technical ability. His free skate program was based on the film score for "Napoleon" and symbolized various phases of the life of the soldier while the short program was based on the ballet "Les Patineurs." He debuted the programs at the 1987 event Skate Canada. Both programs were received with standing ovations from the audience. While he ultimately came in second place to long-time rival Brian Orser, he performed well and was confident, along with his coaches, that he was well-prepared for the upcoming Olympics. He then won the 1988 United States Figure Skating Championships, allowing him to go into the Olympic competition as the American national champion.

The 1988 Winter Olympics in Canada was characterized as the "Battle of the Brians" as it was essentially a competition between Boitano and Brian Orser for the top spot. Both skaters were basically tied going into the all-important free skate, which Boitano was able to perform flawlessly, securing him the gold medal.

Following the Olympics, Boitano turned from an amateur skater to a professional. He won 10 straight professional competitions including 5 consecutive World Professional Championship titles. He also appeared in "Carmen on Ice" and won an Emmy for his performance. He briefly returned to amateur status in order to compete in the 1994 Winter Olympics in Norway. While he skated a good long program, he critically missed one of his triple Axel jumps in the short program, costing him one of the top spots and resulting in a finish in sixth place.

Outside of skating, Boitano became a semi-recurring character in the adult cartoon series "South Park" in 1999, in which he is featured in a musical number called "What Would Brian Boitano Do?" Ten years later, in 2009, the Food Network premiered a new series that borrowed the music and name from the "South Park" show. It was called "What Would Brian Boitano Make?" and featured Boitano cooking meals for his friends.

Boitano publicly came out as gay in December of 2013 when it was announced that he was part of the United States delegation to the 2014 Winter Olympics in Sochi, Russia. Because the Sochi games and the Russians generally had been targets of criticism because of the anti-gay "propaganda" law passed in Russia in June, Boitano was inspired to come out as a gay man and advocate for gay rights. He stated later he had never planned to publicly come out until that moment.