Bode Miller net worth and salary: Bode Miller is an American Olympian who has a net worth of $8 million. Bode Miller was born on October 12, 1977 in Easton, New Hampshire. An Alpine ski racer who competes in five disciplines, as of February 2014 Miller has won six Olympic medals. He won a gold medal in 2010 in Vancouver.

He also has the most World Cup victories ever – with 32, and is the only skier to have won five World Cup races in five different disciplines. Bode and his family grew up in a very remote area of New Hampshire in a log cabin that did not have electricity or indoor plumbing. The family were strict vegetarians and all the children were home schooled. As such, Bode had plenty of free time to practice skiing which quickly became a deep passion for the young Bode. After his parents divorced, Bode applied and was accepted into the Carrabassett Valley Academy, a prestigious skiing school in Maine. Bode has two children, a son and a daughter, with former girlfriend Chanel Johnson. Chanel and Bode fought a fairly public custody after she wanted to move with the kids to New York to attend college. Bode married beach volleyball player and professional model Morgan Beck in October 2012. At the 2014 winter games, Bode won a bronze medal in the Super G event. 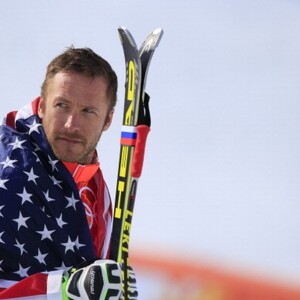