Bela Karolyi net worth: Bela Karolyi is a Romanian gymnastics coach who has a net worth of $10 million. Born in Kolosvar, Hungary, which is now known as Cluj-Napoca, Romania, Bela Karolyi was a junior boxing champion and an Olympic hammer throw competitor. He met his future wife, Marta, a competitive gymnast, when he decided to take gymnastics classes at the Romanian College of Physical Education.

The duo began teaching gymnastics at a local elementary school. They were subsequently invited to open a national school. In 1976, after much lobbying of the government, Mr. Karolyi and his wife were given the opportunity to coach the Romanian National Team for the Montreal Olympics. They would do incredibly well at the Olympics, and Romanian gymnast, Nadia Comaneci, who had been training with the Karolyis since she was six, would score the first perfect 10 in gymnastic history. In 1981, the Karolyis defected to the United States, and have gone on to create a gymnastics dynasty. Marta Karolyi, his wife is the primary Head of Training for Olympic gymnasts now, and is widely recognized as a more humane, but equally successful coach. 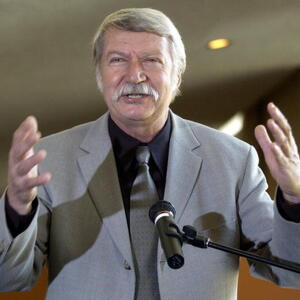