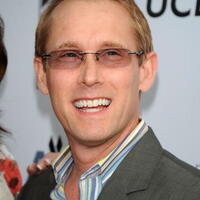 Bart Conner net worth: Bart Conner is an American former gymnast who has a net worth of $5 million. Bart Conner was born in Morton Grove, Illinois in March 1958. He competed at the University of Oklahoma and won the 1979 World Championship on the parallel bars. Conner won a gold medal with the men's gymnastics team at the 1984 Summer Olympic Games and also won an individual gold medal on the parallel bars. He now owns and operates his Bart Conner Gymnastics Academy with his wife, Nadia Comaneci, the Romanian gold medalist. Conner also works as a commentator for televised gymnastic events and is an editor of International Gymnast Magazine. He also competed at the Olympics in 1976 and 1980 and won the World Cup in 1979 and the American Cup in 1976, 1980, and 1981. Conner has been inducted into the Halls of Fame for the USA Gymnastics, US Olympic Committee, and the Oklahoma Hall of Fame. He is also the vice-chair of the Special Olympics International Board of Directors.