What is Apolo Ohno's net worth and salary?

Apolo Ohno is an American Olympic speed skater who has a net worth of $10 million. During his career as an Olympic athlete, Apolo Ohno has won eight medals, including two gold medals, and two silver medals. In addition to his net worth and his success in speed skating, Ohno has also found fame in the fields of philanthropy, motivational speaking, and as a competitor on two seasons of the TV dance competition show Dancing with the Stars. After his Olympic debut in 2002, Ohno continued to perform very well in both subsequent Olympic Games, and also continues to do great work as a philanthropist and public figure post-retirement.

Apolo Ohno was born in Seattle, Washington on May 22, 1982 to Yuki Ohno and Jerrie Lee. His parents chose the name Apolo after the Greek words "apo," which translates to "steer away from" and "lo," which means "watch out, here he comes." They divorced when Apolo was a baby and he was raised in Seattle by his father, having little contact with his biological mother. His father worked as a hairstylist and owned a salon called Yuki's Diffusion, often working 12-hour shifts and with no family in the United States. As a result, his father got Apolo into competitive swimming and quad speed roller skating courses at age six. He spent his days in morning swim practice, followed by school, and took skating classes all afternoon.

Ohno's calling as a speed skater first began when he was only 12 years old and saw footage of the sport during the 1994 Winter Olympics. That year, he won the Washington state swimming championship in the Breaststroke, but he strongly preferred inline speed skating over swimming. He began winning several competitions in his age division throughout the Pacific Northwest and Canada. At the age of 13, Ohno became the youngest member ever admitted to the Lake Placid Olympic Training Center to train full time for short track speed skating. After failing to make the 1997 U.S. Junior World Team, he made a comeback and won the 1997 Senior Championships overall title, scoring the gold medal in the 1500 meter race. He was the youngest person to win the title, at age 14. Ohno then moved to the Colorado Springs Olympic Training Center to begin training with the senior level skaters at the age of just 14.

He struggled at the 1997 championships in Nagano, Japan and returned home to Seattle for a year-long break. He was ill-prepared for the 1998 Nagano Winter Olympics as a result of his lapse in training. He finished last in the trials and did not qualify that year for the Olympic team. Ohno recommitted himself to the sport and returned to junior-level training at the Lake Placid facility. He took first place overall at the 1999 World Junior Championships and finished ninth overall at the 2000 World Championships. 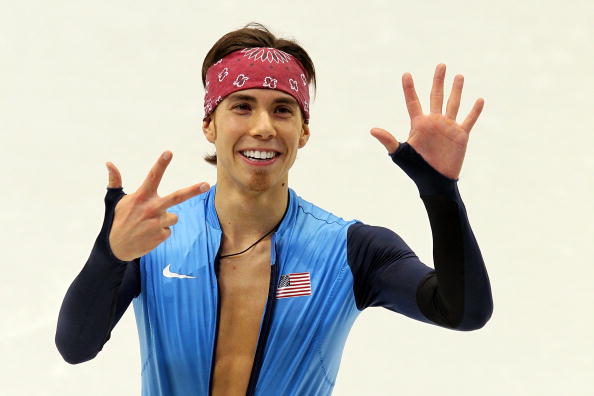 Ohno qualified for the 2002 winter Olympics in Salt Lake City, Utah. At the games, he quickly emerged as a favorite amongst American fans for short-track speed skating. Since making his Olympic debut at the 2002 Games, Ohno has proven to be both an incredibly popular racer and one who's met his share of controversy. At those same games, he was involved in a controversial judgment involving cross-tracking in which many commentators thought his gold medal win was the result of a bad call. The controversy resulted in many Korean speed skating fans having a lot of animosity toward Ohno because it was his Korean opponent who suffered as a result of the call. Ohno did however medal in two events.

After Salt Lake, Ohno declined to participate in the 2003 World Cup short-track event in Korea, due to security reasons. In 2005, at the World Cup in China, he severely sprained his ankle and had to withdraw. In another event in South Korea, there were an estimated 100 riot police called in to protect Ohno, their concern stemming from the lingering negative reaction from the 2002 Olympic Games controversy. He went on to win two gold medals in the event and finished second overall in the 2005 World Championships. Ohno went on to perform well at the 2006 Olympics in Turin, Italy, winning a gold medal and a bronze. Ohno competed on "Dancing with the Stars," partnering up with Julianne Hough. Together, the pair took the top prize and emerged as the champions of season four. He took a brief hiatus and then returned to the Olympic Games in Vancouver in 2010, after which he retired from the sport. In 2019, he was inducted to the U.S. Olympic Hall of Fame.

Thanks to his success, Apolo Ohno has been able to ink a number of very lucrative endorsement deals with companies like Subway, General Electric, Coca-Cola and more. He has hosted the game show Minute to Win It and was a commentator for the 2014 Winter Games in Sochi.

Ohno wrote a book about his transition from Olympic athlete to an entrepreneur called "Hard Pivot," and it is scheduled to be released in winter 2022.

Ohno is a very active philanthropist and supports several causes including Product Red, which fights the spread of HIV and Aids in Africa. He has used his fame to work with The Salvation Army and the Clothes off our Back Foundation, as well as raising funds for Ronald McDonald House in Seattle. He helped raise $20,000 for Nikkei Concerns and joined forces with Senator Ted Kennedy to launch the "Math Moves U Hippest Homework Happening," program, which brings to focus the importance of math and science in education. Ohno has also volunteered at the Special Olympics and with Unified Sports. 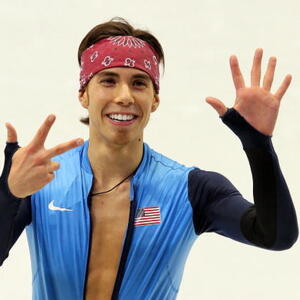