How much is Anna Kasprzak Worth?

Youngest Billionaires in the World: Anna's late grandfather Karl Toosbuy founded the shoe company ECCO in 1963. Today the company generates more than $1.5 billion in annual revenue. Her father Dieter Kasprzak serves as Senior Vice President/Managing Director of Ecco. Her mother Hanni Toosbury Kasprzak was Ecco founder Karl Toosbuy's only child. She inherited the majority of the company upon her father's death in 2004. Hanni has a net worth of $3 billon. Hanni and Dieter have one other child, a son named Andre. Anna Kasprzak's $1 billion net worth has allowed her to rank as one of the youngest billionaires in the world at various points. 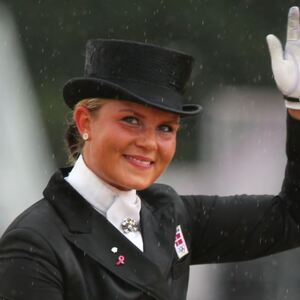