What is Allyson Felix's net worth?

Allyson Felix was just 18 years old when she finished as a silver medalist in the 200 meter event at the 2004 Summer Olympics.  She also set a World Junior record for the 200 meter event with her time of 22.18. Her father, Paul, is a Baptist minister who had been an excellent sprinter as a teen. From her schoolteacher mother, Marlean, Allyson inherited her long legs. Felix followed her older brother, Wes, into the sport, though she did not try out for a track team until her ninth-grade year at Los Angeles Baptist High School in North Hills. She went on to an impressive high school career almost immediately. Just ten weeks after that tryout, she qualified for a state meet. She ended up finishing seventh in the 200-meter event. 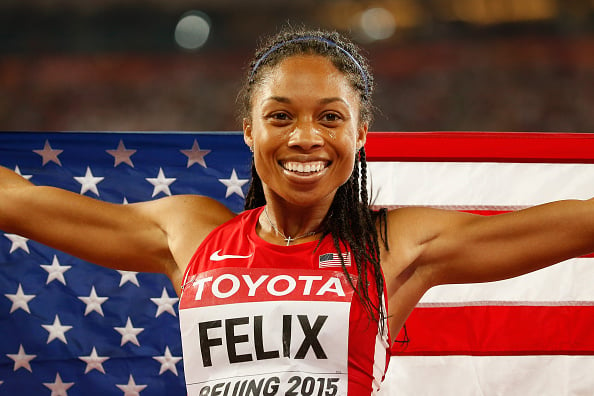 After graduating from Los Angeles Baptist High School in 2003, she decided to turn professional. In 2005, she became the youngest ever gold medalist sprinter in the 200 meters at the World Championships in Helsinki. In 2007, she became only the second female athlete (after Marita Koch in 1983) to win three gold medals at a single IAAF World Championships in Athletics. She qualified for the 2008 Olympic Games during the 2008 Olympic trials in the 200 meters. In the build up to the 2009 World Championships in Athletics Felix was part of a United States 4 x 100 m relay team that ran the fastest women's sprint relay in twelve years. She has been hailed as the new savior for an American track-and-field team.

At the 2016 Rio games she won two gold medals and a silver medal.

Allyson's husband Kenneth Ferguson is also a track and field athlete who specializes in hurdles. They have a daughter who was born in 2018. 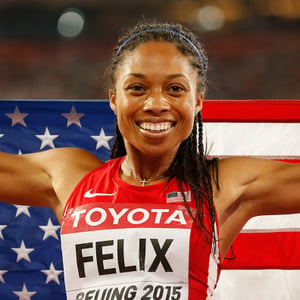