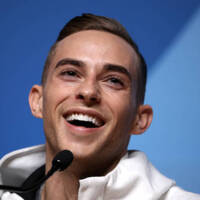 What Is Adam Rippon's Net Worth?

Adam Rippon is an American figure skater who has a net worth of $4 million. Rippon won the 2007-08 Junior Grand Prix Final, 2008 and 2009 World Junior Championships, 2008 U.S junior national title, 2010 Four Continents Championships, and 2016 U.S. National Championships, and in 2018, he became the United States' first openly gay athlete to win a medal (bronze in the figure skating team event) at the Winter Olympics. In 2018, Adam won the reality television competition "Dancing with the Stars" with partner Jenna Johnson, and since announcing his retirement from competitive figure skating in November of that year, he has served as a second coach to Mariah Bell, who won the 2022 U.S. Figure Skating Championships.

Adam Rippon was born Adam Richard Rippon on November 11, 1989, in Scranton, Pennsylvania. Adam's parents, Kelly and Rick, divorced when he was 13 years old, and he has five younger siblings. Rippon grew up in Clarks Summit, Pennsylvania, and he attended the Catholic elementary school Our Lady of Peace. After it was discovered that Adam was nearly deaf, he underwent corrective ear surgery as a baby. Rippon became interested in skating after attending a birthday party that was ice-skating themed, and he started skating at the age of 10. Within a few months, Adam's mother was driving him to Philadelphia for skating lessons twice per week, and when he was 11, Rippon was cast as a young Scott Hamilton in "Stars on Ice." 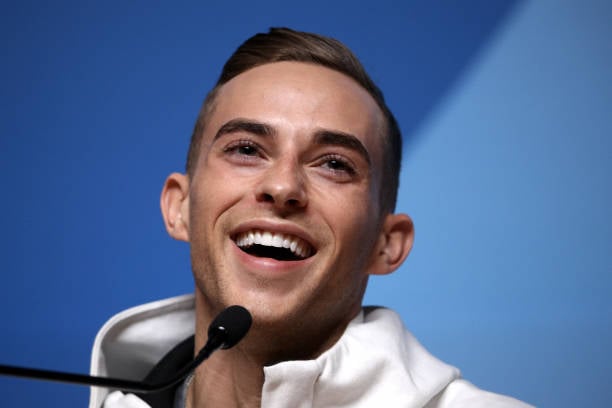 In 2015, Adam publicly came out as gay in "Skating" magazine. He began a relationship with Jussi-Pekka Kajaala in 2018, and they married on December 31, 2021. In his memoir, Rippon revealed that he briefly dated Yuna Kim, a South Korean figure skater and Olympic champion, before coming out as gay. In early 2018, he criticized the White House for choosing Vice President Mike Pence to lead the U.S. delegation to the opening ceremony of the Winter Olympics, telling "USA Today Sports," "You mean Mike Pence, the same Mike Pence that funded gay conversion therapy? I'm not buying it." He added, "If it were before my event, I would absolutely not go out of my way to meet somebody who I felt has gone out of their way to not only show that they aren't a friend of a gay person but that they think that they're sick…I don't think he has a real concept of reality. To stand by some of the things that Donald Trump has said and for Mike Pence to say he's a devout Christian man is completely contradictory."

Adam campaigned for Senator Elizabeth Warren during the 2020 Democratic presidential primaries. That year he also donated money to the charitable organization The Okra Project, which is dedicated to "bringing home cooked, healthy, and culturally specific meals and resources to Black Trans People." Russian skater Alexei Yagudin responded to Adam's kind gesture by calling people like him "mistakes of nature" and asking, "When will you die?" Rippon criticized Yagudin for the abhorrent comments and donated $1,000 to The Okra Project in Alexei's name. In 2022, Adam criticized the International Olympic Committee for choosing Beijing to host that year's Winter Olympics, saying, "I think the Chinese are going to put on an amazing Games and I think they are going to make sure everyone is as safe as possible but when it comes to human rights, we're entering a Communist country."