Norm Duke net worth: Norm Duke is an American professional bowler who has a net worth of $4 million. Norm Duke was born in Mount Pleasant, Texas in March 1964. Duke is a member of the Professional Bowlers Association Tour and he has bowled 60 perfect 300 games in PBA competition. His perfect game in January 2003 was the 15th television 300 game in PBA Tour history.

Duke turned professional in 1983 and became the youngest player to ever win a PBA Tour event at 18 years old. In his first televised match Duke defeated Earl Anthony. In 1994 Duke won five titles which included a major at the Tournament of Champions and he was named PBA Player of the Year which he also won in 2000. In 2009 he was inducted into the PBA Hall of Fame. As of February 2015 he is third on the PBA's all-time titles list and he has earned more than $3 million in prize money. He is also known for his trick shots and won the PBA's Trick Shot Challenge in 2009. 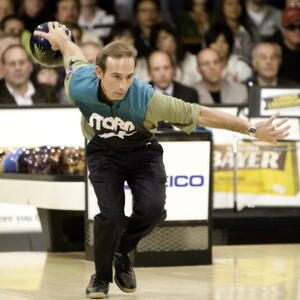