Zane Beadles net worth and salary: Zane Beadles is an American football player at the guard and tackle positions for the Denver Broncos who has a net worth of $2 million. Zane Beadles was born in 1986 in Casper, Wyoming and grew up in Midvale, Utah where he played football at Hillcrest High School where he started for three years and never missed a game. Zane Beadles was not heavily recruited by large college programs and chose Utah over Wyoming, his parents' alma mater. Zane Beadles redshirted his freshman season and debuted the following year for the Utes, playing in all 13 games and starting 12. In his junior season, Zane Beadles had 40 knockdowns, 42 pancake blocks and 27 cut blocks, earning him All-Mountain West Conference honors during the Utes' undefeated 13-0 season when they ended the year with the No. 2 AP Ranking. Zane Beadles was considered to be one of the best offensive lineman in the 2010 NFL Draft. Beadles was compared to his former Ute All-American teammate Jordon Gross. Zane Beadles scored 36 on the Wonderlic intelligence test. Zane Beadles was chosen with 45th overall pick in the second round of the 2010 NFL Draft by the Denver Broncos. 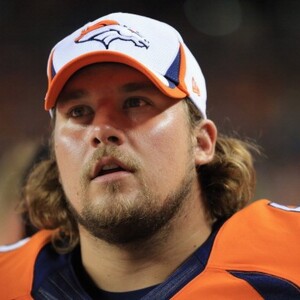