Zach Thomas Net Worth: Zach Thomas is a former American football player who has a net worth of $10.4 Million. Born Zachary Michael Thomas on September 1, 1973, in Pampa, Texas, he served as a linebacker for thirteen seasons in the National Football League (NFL). As a student at Texas Tech University, Thomas had the chance to play college football for the Texas Tech Red Raiders football team, being a three-year starter at linebacker.

There, he was also recognized as an All-American. It was in 1996 that Thomas was drafted by the Miami Dolphins in the fifth round of the NFL Draft that year. Playing for the Dolphins his first twelve seasons, he was selected to the Pro Bowl eight times and recorded over 1,700 tackles. The last two years of his career, Thomas spent with the Dallas Cowboys and the Kansas City Chiefs, respectively. He officially retired from the sport on May 18, 2010, when Zach Thomas signed a one-day ceremonial contract, worth $1, in order to retire as a member of the Miami Dolphins. On the field, he enjoyed a successful career decorated with numerous accolades, while off the field, he auspiciously played the role of a husband and father of two. 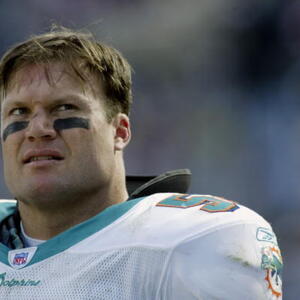