Zach Miller net worth: Zach Miller is an American football player who has a net worth of $16 Million. He currently plays tight end for the Seattle Seahawks. Zach Miller was born on December 11, 1985 in Tempe, Arizona. He played in the 2004 U.S. Army All-American Bowl before attending Arizona State.

With the Sun Devils, he caught 144 passes for 1,512 yards and 14 touchdowns in three seasons. In 2006, was a John Mackey Award finalist, and was an All-America selection by the AFCA and Walter Camp Foundation. Zach Miller was drafted by the Oakland Raiders with the 38th pick (2nd round) in the 2007 NFL Draft. He finished his rookie season with 44 catches for 444 yards and three touchdowns, and was a successful run-blocker as well. Miller led the Raiders in receiving the following three years, and was added to the 2011 Pro Bowl after Antonio Gates withdrew with an injury. Over four years with the Raiders, Zach Miller finished with 226 catches for 2,712 yards and 12 touchdowns. After the 2011 season, Miller signed with the Seattle Seahawks. He finished the 2012 season with 25 catches for 233 yards and no scores, and was used primarily as a blocker. In the 2013 season, Miller posted totals of 33 receptions, 387 yards and five touchdowns. 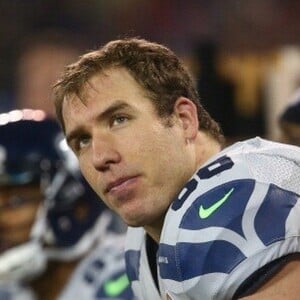