Willie McGinest Net Worth: Willie McGinest is a former American professional football player who has a net worth of $12 million. Born in 1971 in Long Beach, California, Willie McGinest played college football at the University of Southern California. The six-foot-five, 270-pound defensive end and outside linebacker was a finalist for the Lombardi Award in college and earned All-Pac 10 and All-American accolades.

The New England Patriots drafted McGinest with the fourth overall pick during the first round of the 1994 NFL Draft. He played with the Patriots from 1994 until 2005, appearing in two Pro Bowls in 1995 and 2003. McGinest won three Super Bowls with the Patriots: Super Bowl XXXVI, XXXVIII, and XXXIX. He was part of four AFC Championship-winning teams and is a member of both the Patriots All-1990s Team and the All-2000s team. At the time, he set the record for most sacks in the postseason during one's career with 16. McGinest played for a few seasons with the Cleveland Browns before announcing his retirement in 2009. He finished his career with 582 tackles, 86 quarterback sacks, and five interceptions. He worked as an analyst on NFL Network, ESPN, and Fox Sports after hanging up the cleats. He is the founder of the Willie McGinest Freedom School and Long Beach, California, gave him his own holiday: Willie McGinest Day falls on May 3rd. 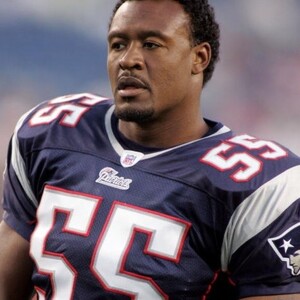