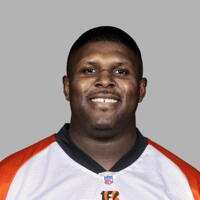 Willie Anderson Net Worth: Willie Anderson is a former American football player who has a net worth of $18.2 Million. Born Willie Aaron Anderson on July 11, 1975, in Mobile, Alabama he served as an offensive tackle of the National Football League (NFL). He was initially playing college football at Auburn University, after which he turned pro. It was in 1996 that he was selected by the Bengals 10th overall in the NFL Draft that year. He has remained with the Bengals for twelve seasons and became known as The Bengals Iron Man. While with the team, he was selected to represent the AFC in the 2003, 2004, 2005 and 2006 Pro Bowls. Refusing to accept a pay cut, Anderson spent the last year of his career with the Ravens. After he started 10 games for the team still playing at a Pro Bowl level at the age of 33, the Ravens placed him on the reserved-retired list on May 13, 2009. Shortly after, he officially retired from the sport to spend more time with his family, especially with his son.